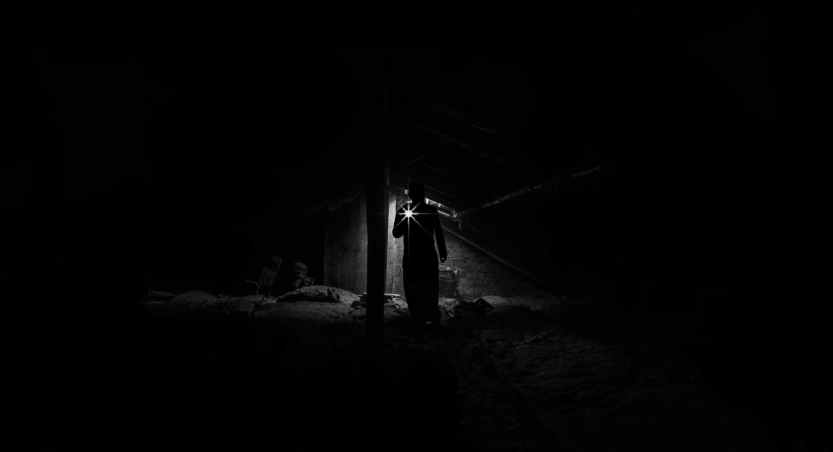 WHEN MENTAL TORMENT IS A SPIRITUAL BATTLE A TRUE STORY

Mental torment at times may be explained as being drawn to the dark side of life. That which is not full of happiness and confidence but a life full of discontentment and fear. When in the throes of mental anguish, it is common to be drawn in by such things as sad lyrics and movies. This can exemplify your negative emotional state.  Life becomes filled with the shadows of fear and worry.    Much of our culture has been replacing comfort with conflict and live their lives in drama.    Conflict and drama are not of God.

There is light there is dark.      There is love there is hate.

There is good there is evil!

However, many are not taught or are taught incorrectly that the dark has a sponsor. That would be Satan. The occult and evil have a huge entertainment market.   They are often overlooked as a potential cause of mental health issues.

I have included a section of  Brian Ludwig’s book Panic Attacks Calming the Storm.  This is what happened to him right before severe panic attacks and anxiety disorder struck.

It is Satan’s job to separate us from God for our destruction. This is done through lies and deception.   He knows when you are vulnerable and when you are weak. When a person is riddled with Panic Attacks, Anxiety Disorders, Depression, etc. they are easy prey.

Spiritual warfare can be causative of mental torment.

Demons in the Dungeon

Kids will be kids, and employees will be employees, but I came across a situation that was definitely unique and outside of any norm that I had ever experienced. With my typical perceptive and watchful eye, I began to notice some unusual behavior among some of the employees. Keeping a close ear, I began to hear talk about how some of the young employees, who were in their teens and early 20s, would sneak back into the restaurant at night and hang out in a very secluded room under the restaurant. It was an unfinished part of the basement where the water pumps, water softeners, and equipment like that were located.

Through further investigation, I was shocked—no, let’s change that to horrified—to find out that these young employees were sneaking back in at night to have séances and demonic worship. I had never been exposed to nor ventured anywhere near that basement area. I thought it was high time to examine exactly what we had going on. By the way, I chose the daytime hours to do my examination—my mother did not raise a fool!

This room was dark and dingy. It had a crushed stone floor with poor drainage so that the air was very humid. However, it was more than just humid—the atmosphere seemed to be thick, almost tangible. I sensed a type of weightiness that came on me, as well a type of restriction as I endeavored to move about the room. Since then, I have found out that others who have entered places of demonic worship also felt this same unusual weightiness.

As I cautiously began my exploration, I ventured into the restaurant dungeon with substantial uneasiness. Sure enough, I found a circle made up of a creative selection of seats most likely acquired from rummaging through garbage dumpsters. In the center of the circle was a fire pit where they burned incense and who knows what else! There was what appeared to be demonic symbols on the walls with a lot of skull-and-crossbones artistry thrown in for good measure. What appeared to be blood, but which was most likely touch-up paint from the maintenance room, was smeared upon the walls in efforts to obtain whatever ambiance that they were going for. As I made an even closer inspection, I concluded that, in some areas, there was actual blood, which had been used to provide parameters in which the demonic worship supposedly took place.

Well, I had seen enough. Whatever was going on in that well-crafted demonic hangout, I wanted nothing to do with, and I certainly did not want to allow it to continue within the restaurant facility that I was responsible for.

Having pressed in to learn a lot about God and the earthly ministry of Jesus, I was very aware that Jesus spent a good portion of his time driving out demons. I knew it must be the right thing to do but knew very little about it.

I gathered up the employees responsible for this little Den of Horrors and attempted to explain to them that what they were messing around with was so much more serious and harmful than they could ever imagine. As I educated the misguided night owls, they began to understand the gravity of what they were choosing to play around with. After educating the employees on how the demonic realm works through deception to cause people to open the door to death, loss, and destruction, they seemed well motivated to put an end to what they mistakenly viewed as harmless fun. They had no foundation in good versus evil, and thus, they were easily manipulated.

It didn’t take long before the dungeon was transformed into a clean, well-lit room devoid of blood/paint, demonic pictures, and a variety of skulls and crossbones.

Amazingly, the atmosphere in the room became so much lighter and so much less constrictive. Everything was cleaned up, and we were back on track. At least, that’s what I thought.

You can take this for what it’s worth, but within three to six weeks after I shut down the demonic dive, I became terrorized by my first panic attack.

Having said that, let me immediately put out a few disclaimers:

I don’t necessarily believe that everyone who suffers from panic attacks or anxiety disorder is dealing with demonic oppression.

Anyone who is born again and filled with the Holy Spirit has the power and authority to cast out demon spirits.

After everything I now know, let me give you my take on the situation.

With everything that I just explained to you in the previous chapters, I believe that I opened myself up to be vulnerable to panic attacks and anxiety attacks through being overly watchful with a tendency to overthink and overanalyze.

I had a mindset that invited harmful thought patterns based on the use of speculation.

With all my vulnerabilities in place, I believe I opened the door for demonic oppression to move in and give me the push that I needed to start the process rolling to be entrenched in debilitating panic attacks. Amazingly, it was not until years down the road that I received the revelation of how I opened up the door to set myself up for demonic oppression.

As I pressed in to learn from the Word of God and in the years that followed my first panic attack, I began to gain a greater insight into the spiritual warfare that takes place between the kingdom of light and the kingdom of darkness.

Satan was trying to take Brian out and make him ineffective!

Ultimately it was the promises of God that set him free!

If you have a question for Brian message him on our FB page.